Located on the front of a small building on a beat down corner in Jersey City reads a sign that says, ‘New City.’ Every time I pass it I make a mental note to inquire within, but like many things, that day never happens. Until…
My neighbor, a bright 8th grader who uses my computer to print out schoolwork, knocks on my door. “Can you help me write my resume?” she asks. Resume? What’s she applying for, President? Turns out, she has enough accomplishments to make me feel like I’ve wasted my life. Suffice to say, she got the job! A few weeks later, her mom invites me and my kids to a barbecue being held by her future employers. Whatdoyouknow? It’s in that building on that beat down corner.

The place is bursting with urban teens my neighbor’s age and older who are right in the middle of a festive program. They’re talking about dating, peer pressure, and things that your five-year-old is too young to hear. I go outside to leave, but get stopped by the smell of chicken on the grill. Might as well have a seat. Or two.
Next thing I know, I find myself talking to a tall, skinny white guy named Gabe who is the development director of New City Kids, a leadership program for at-risk teens. Basically, teens in grades 9-12 become interns who teach and tutor kids in grades 1-8 in an after school program.
“There are lots of statistics about what happens when kids don’t have things to do afterschool,” says Gabe, “So there’s a real need for programs where they have a creative outlet and help with homework.”

They actually employed 70 teens last year, and will employ 78 this year, which is amazing when you think of it. Even more impressive is they’re investing in them academically by giving one-on-one assistance filling out college applications, tutoring for their SAT’s, and conducting college tours for sophomores and juniors over Spring Break.

The real humdinger is for seven years in a row, 100% of the teens they employ have gone on to college.

Clearly, they’re doing something right. I end up talking to 23-year-old college grad and now production manager Greg Nelson and he tells me that being at New City made him want more for his life. “It’s more than punching a clock in and out, it’s a place where people actually care.” He says that when it came to applying for college they made sure he never missed a deadline, which is more than he could say for his high school counselors. Though he adds it’s not their fault. “Counselors at school have 200 students a day so it’s hard to give that kind of attention. It’s a broken system.”

Broken perhaps, but if anything, New City Kids may have a healing energy. After all, it was founded by Pastors Trevor and Linda Rubingh of Michigan. I speak to 20-year-old Kean University student Ashley Field and she gets emotional talking about the life-changing effect that New City Kids has had on her life. “Before New City, I didn’t know what college was about. But alumni would come back and New City would celebrate them and I wanted to be a part of that community.”
It was a stark contrast to what she had lived at home, where for years an aunt who was on drugs raised her and her younger sister. If anything, New City was a light to guide her to something greater. “When you go home and you’re crying because you don’t understand how to fill out financial aid papers and no one understands, New City does. They become your family.”To say that she’s already giving back to the community is an understatement. Just recently, Ashley put on a charity hair show to benefit New City Kids, and production manager Greg says that he’s always there if they need him. It’s this type of passion that keeps New City Kids alive.

Do you have programs like this in your community? 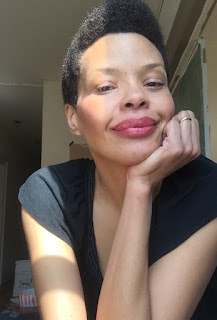 Erickka Sy Savané is managing editor of CurlyNikki.com, a wife, mom, and freelance writer based in Jersey, City, NJ. Her work has appeared in Essence.com, Ebony.com, Madamenoire.com, xoNecole.com, and more. When she’s not writing…wait, she’s always writing! Follow her on Twitter, Instagram or
ErickkaSySavane.com