As of January 1, 2018, California’s “Green Rush” will be in full effect as the state will begin issuing licenses to marijuana dispensaries allowing for non-medical weed sales. Those in position to do so are naturally gearing up to take full advantage of the potential profits in an industry which is projected to post $20.2 billion in sales by 2021 as Business Insider reported earlier this year. Case in point, Phoenix-based marijuana company American Green just purchased the entire town of Nipton, California for a mere $5 million with plans to turn the town into a pot-friendly tourist destination. The attraction will feature a hotel, trading post and even cannabinoid-infused water.

I’m so sure all the homies locked down in prison for slanging a few sacks here and there are simply overjoyed.

To be clear, California has indeed been working retroactively through Proposition 64 (the measure that legalized recreational marijuana) to eliminate penalties for minor pot crimes and reduce penalties for crimes having to do with cultivation and sales. According to the Drug Policy Alliance, of the 2100+ people arrested and jailed for marijuana offenses in Cali in 2015, hundreds have filed petitions under Prop 64 and been released. The measure is also positively affecting cases currently working their way through the system by allowing for charges to be dropped or jail time to be knocked out. Still many more marijuana offenders are on state lockdown and those serving federal time for marijuana-related offenses are receiving no such grace. Those folks who are locked up for doing exactly what American Green is planning on doing will stay locked up—not seeing their family, receiving all of the negative effects that come with having a prison record and completely losing out on the profitability of the Green Rush.

Do I even have to mention that most of the folks serving federal and/or state time for marijuana offenses are people of color?

Naturally, the juxtaposition of Black and Brown arrests with White boy David Gwyther (Chairman/CEO/Interim President of American Green) poised to profit big for the same sin makes me want to holler and throw up both my hands. Nevertheless, there are certain things going on in our brave new Mary Jane-friendly world that gives me hope about my people still reaping gains from the weed industry.

First of all, investment opportunities in this business are wide open. If you can scrounge together cash or pool resources with a group of your friends, then you can invest like anyone else. This article has some excellent tips.

Also, many Black entrepreneurs are going after their own piece of the Green Rush. Blacks are launching everything from dispensaries to cannabis investment firms to cannabis consulting firms for startups. You can read all about several of these types of Black-owned, cannabis businesses here, here, and here. There is even the Minority Cannabis Business Association which is a nonprofit specifically created to increase diversity within the cannabis industry. The MCBA also supports efforts to decriminalize marijuana nationally.

As with most other issues resulting from inequality and discrimination in the U.S., the key to stopping disproportionate incarceration of POC for marijuana-related arrests (while Whites cash in on the Green Rush) is remaining educated on legal, social and economic landscape of this industry. Yes, it is easy to get angry but it is even better for us to take advantage of cashing in as well. 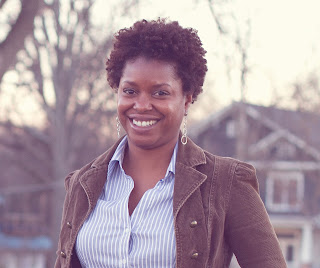 Nikki Igbo is an Atlanta-based freelance writer and political junkie. She holds a Bachelor of Fine Arts in Political Science from California State University at Fullerton and a Masters in Fine Arts of Writing at Savannah College of Art and Design. When not staring in disbelief at the antics unfolding on CSPAN, she enjoys philosophical arguments with her husband, 70’s era music and any excuse to craft with glitter. Feel free to check out her freelance services at nikigbo.com and stalk her on twitter @nikigbo or Instagram at @nikigbo.